There has never been an author in history the history of time that hasn’t fallen victim to IT at one point or another.  Sometimes it only lasts for a few hours, sometimes it’s months.  I’m talking about the dreaded beast known as…

We’ve all been there, most likely more times than we’d care to admit.  “The Block” can come in many forms.  Words that just won’t come.  A brain that won’t relinquish the great ideas you *just know* in there.

Whatever form your block takes, it can be crippling–and downright depressing.

My worst case of “the block” came about four years ago.  I had decided (like a crazy person) to undertake two multi-chapter Star Trek AOS fanfics at once.  It started well, and I was able to switch back and forth between each seamlessly.  I made regular updates on each story, much to the delight of my readers.  But then the beast appeared.

I had completed the first of the two, having neglected the latter piece because I could feel the block creeping up on me.  When it came time to work in earnest on the second fic, the block ate me alive.  I think it was a mixture of being burned out from undertaking two stories at once and juggling stay-at-home-mom life.  I would stare at my screen, cursing James T. Kirk and the goddamn Enterprise with every fiber of my being.

I knew something had to change.

So, I stepped back, something I had been telling my beta editing clients to do for years.  For six months, yes SIX MONTHS, I let the piece in question sit.  I didn’t look at it.  I didn’t think about it.  It was dead to me.

Now, I’m a woman of my word.  I promised my readers (and myself) I would finish it.  And I intended to.  But, if it were to be quality work, I knew I needed to give it some space.  And you know what?  One day, I opened the current chapter back up and finished the story without another hiccup.

Then, last year, the beast crept up on me again.  I had completed my first fantasy novel and was waiting for edits to start coming back.  I was a great time to start on the second book of my trilogy since the characters and plot were still very fresh in my mind.  My outline had been completed for months, and I thought I’d just fall right into it with ease.  Boy, was I

The tone of my second book is decidedly very different, and the characters are in much stranger places in their lives than ever before.  I completed about a quarter of the first chapter, and then…NOTHING.  I stared at that puny little blurb of a chapter for a good week.  I began to hate it.  It made me angry.  The frustration gave me headaches.

So, I took my own advice yet again and walked away.  I wrote super angsty, brooding, gory fanfic.  I played Fallout.  I went to a few baseball games.  I watched SO MUCH TWIN PEAKS.  And you know what?  After two weeks, I opened up the outline, added a few things, and was back in business.  Just like that.  No ease-in…it just happened.

People often ask me, “What’s the best cure for writer’s block?”  So, here are my tips for surviving that-which-terrifies-authors.  (Not as much as synopsis-writing terrifies us, but pretty damn close.  *shudders*)

Writer’s block sneaks up on us all.  It’s a bitch.  It’s relentless.  It’s mean-spirited and rude.  But it doesn’t have to be the end of you or your work.  Hopefully, some of what I’ve offered can help someone, somewhere.  At the end of the day, no matter how long it takes and no matter what means you employ to make it happen–I promise the block WILL go away.

And when it does, you’ll be back to your old awesome self once more.

Do you have any horror stories of your own battles with writer’s block? Any tips for overcoming it? Leave your comments below! 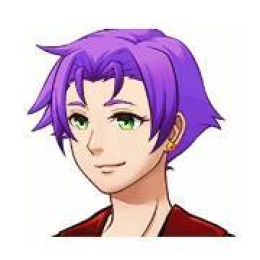 L.A. Wasielewski Contributor
L.A. Wasielewski is a gamer, nerd, baseball fan (even though the Brewers make it very difficult sometimes), and mom. When she’s not writing, she’s blasting feral ghouls and super mutants in the wastelands, baking and cooking, and generally being a smart-ass. She’s very proud of the fact that she has survived several years with two drum kits in the house—and still has most of her hearing intact. You can find her on Twitter @AuthorBebedora and Facebook @LAWasielewski Her debut fantasy novel, The Alchemist: Dawn of Destiny, will be available October 2018 on Amazon paperback and Kindle.