There are two major schools of handling the prewriting stage of a novel. The first affectionately referred to as plotters who write down and plan out every major detail (and sometimes minor ones) of a project before they begin. The thought process being that by having all the beats in order it will be easier to focus on the craft of writing once it comes to butt in seat time.

The second group, known and pantsers fly by the seat of their pants. They like to flow with the story, allow their characters to take the story where it leads organically and make necessary changes as they go along.

Neither school is necessarily ‘right’ or ‘wrong’. In fiction and with any artistic project rules exist as a guidepost to what has worked in the past and what the general audience expects to see. They’re important to learn, even more important to understand but they are by and far not set in stone. Not even in the slightest. However you will finding competing arguments for both sides of plotting spectrum and seemingly never the twain shall meet. But can they? And more importantly, should they?

The strengths of a plotter:

The strength of the plotting process is that it allowed writers an opportunity to nail down the basic structure of a work before beginning. It ensures plot, characterization, story arc are all intact and functional. It’s like a blueprint to a house. And like a blueprint it can and should be changed if new information comes along, such as an unexpected flaw in the foundation or some other environmental obstruction.The problem being plotters can over structure their narratives and find themselves with a stiff, contrived first draft.

The strengths of the pantser:

Unlike the plotter, the pantser has the ability to alter their course at will. Some will point to Herman Melville who didn’t find the true star of his epic work Moby Dick until well into the narration. At which point he had the main character killed and continued forth. The same can be said of Tolkien and his introduction of Strider. However, one would hope that judicious editing would conceal this fact slightly better than Melville. The problem facing pantsers is the tendency to get off the path, lost in woods, cross a stream somewhere and maybe, just over that ridge, that’s where the story is….maybe.

So what is one to do when both sides have compelling arguments and a reasonable stance? Well, I say, why not both? The joy of being a writer is getting to create your own worlds and make up your own rules. Your process is no different. IT is generally agreed upon that all successful stories have a similar structure with minor tweaks and variances along the way. While a pantser may cringe at the generalization it can certainly be said that all stories at least have a beginning, a middle and an end. Capitalizing on the benefits of both traditions it might prove beneficial to approach the future work as a voyage of discovery. You know where you are and you know where you want to be but the journey itself, is where the magic lies.

Starting at the beginning a or an overzealous plotter may find themselves establishing an opening scene, a setting or even just a single remarkable character. From there you only need to know where is going and ultimately where you hope to be, keeping in mind that this may all change in the future if situations arise that alter your any good journey will.

The hybrid approach, laying down the very basics of a plot without constraining the characters to a set of stage directions allows the pantser to achieve a sense of direction, a goal in mind to work towards while the plotter is free to explore the wills of their characters without hurrying them off stage before they’ve had their say. Thus allowing spotaniety to thrive and ensuring a solid structure in the final product.

So when struggling for which method to employ or how to reap the benefits of the other side will committing fully try establishing a set of parameters that can act as guide post, but be flexible enough to move those slightly, if the need arises. It keeps prose directed and engaging while not constricting it so much that characters fall flat and unbelievable. 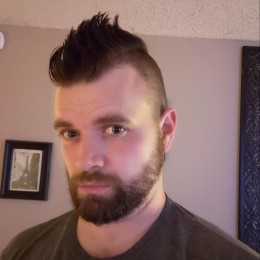 3 thoughts on “Plantsing: Or How to Plan a Novel and Still Leave Room for Delicious Detours”