Indie Publishing is, at least as I define it, publishing with an entrepreneurial focus and a do-it-yourself attitude. Those who decide to to this route and become “indie authors” go into publishing with a slightly different mindset than those who publish traditionally.

In traditional publishing, particularly with any of the “Big 5” publishers (Hachette, HarperCollins, MacMillan, Simon and Schuster, and Penguin Random House), authors are mainly focused on the writing aspect of being an author. Things like editing, proofreading, cover design, crafting marketing copy, print formatting, design and layout, printing, pricing and distribution are generally left to the publisher.

This is not to say, however, that traditionally published authors have an easier go of things, or even less work. They still generally have to do quite a bit of marketing on their own, have to query and work with agents and external editors, and perhaps most-importantly, take a much smaller royalty per book sold than independent authors do.

What this does not mean is that to be an independent author you have to be able to do everything yourself. A common misconception about Indie Publishing is that it is synonymous with self-publishing. But while the two often intersect, they are not the same thing.

Many authors choose to remain independent by publishing through a smaller publishing house, who often takes care of several of the aspects of publishing for the author. Usually this consists of proofreading, editing, formatting and distribution. Some marketing is generally included, but the majority of promotion remains up to the author.

Quite a few indie authors prefer this method of independent publishing because it lets the authors focus much more on the writing aspect, but while still retaining a modicum of creative control.

What you’ll find to be the least common, and in my opinion the wrong way to go about indie publishing is to assume you can do single bit of the process on your own. Again, I refer to the entrepreneurial mindset I mentioned earlier. As most entrepreneurs and small business owners know, it is highly unlikely you will be able to do everything yourself. You simply are not an expert in everything. But there are people out there who are – and it’s your job as an independent author to seek them out.

Be it proofreading, layout, cover design, marketing or any other area you’re not an expert in, your job is to work as a contractor and get the right people to help with your project. Just as a plumber generally doesn’t know how to install an air-conditioning unit, you as an author cannot be expected to proofread and edit your own work. Yes, you may be able to do quite a bit of your publishing on your own, and you’ll likely learn how to do more and more as you progress in your career as an independent author. But remember, in no way are you expected to be able to do all of this on your own. You will likely need help along the way.

Whether you publish with a big publisher like Harper Collins, a small indie press, or all by yourself under your own name, the end goal is the same: to create a quality book and get it out there for people to be able to buy and read. The requirements to create this product and to sell it remain the same regardless of which path you take.

The decision to “go indie” just means you are ready to set out on that road on your own. Without finding the “right agent.” Without taking years to publish. Without giving up on your own creative vision. And without taking a big cut in royalties paid on each book you sell.

It won’t be an easy path. And it may not even be as lucrative as a deal with a big publisher (if you can find one, and if you can break out). But it can be considerably more satisfying.

The decision to be an independent author and to publish independently is an affirmation that you believe in your work—so much so that you’re willing to do what it takes to get it out to the world.

Just remember, creating a book takes much more than just writing, but it doesn’t mean you have to do it all yourself. Some aspects you may want to take on, other items you may not. It’s okay if to outsource things like editing, cover design or even marketing.

Indie authors are not expected to be masters of all things. But they are expected to understand what it takes to write, produce and promote a quality product.

Indie Author Coalition is here to help you along the way. But think of it as a guide, not a manual. You’ll learn from successes of other indie authors, as well as their mistakes.

And in your own indie publishing career you’ll likely learn some things we don’t know, and we hope you’ll teach us a few things as well.

What does indie publishing mean to you? What does it mean to be an “indie author?”

Have you learned anything on your path you’d like to share? Please do so in the comments below. 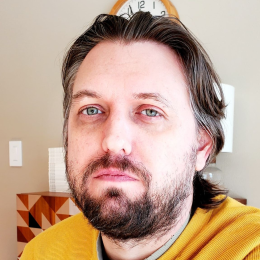 William F. Aicher Contributor
Both an independent author and an award-winning marketer, William F. Aicher combines his experience from the two to help other independent and aspiring authors succeed in publishing and marketing their books. He has published several books and short stories, spanning fiction and nonfiction, to rave reader and industry reviews. You can find him online at www.williamaicher.com